As featured on The Classic Fly Rod Forum

A few years ago at the Grayling rod makers gathering a respected authority on all things bamboo left this little rod in my hands. This was more than a restoration, thus the “resurrection” terminology. This was originally a seven foot, two piece rod. When I received it the single tip was full length, but the butt section was short several inches at the ferrule. The butt cap was present, but the sliding band and cork check were missing. The female ferrule was with the rod, but damaged beyond use. The original male ferrules were nowhere to be found. I was assured by the most recent owner that the remaining wraps were original. Research showed several other Fairy Catskill rods with original deep red translucent wraps. The original guides are the smallest snakes I have ever seen. A former Leonard employee sent me the smallest original Leonard guides he had, and they were as large as the largest on this rod! Dave LeClair (RIP) made some copies of the tiny original snake guides, but even they required considerable tweaking to work correctly.

Projects like this one require intense study and some measure of creativity. I could find no good photographic examples of the original slide band, so I made a scaled down version of the slide band on a Leonard Model 50 1/2DF I own. The replacement ferrules are exact copies of truncated size 9 Leonard ferrules, minus any patent markings. The tiny hook keeper was fabricated new from nickel silver tubing and sheet stock. The new second tip is an exact copy, but inked “HBoyd” to prevent anyone from thinking it is original. The butt section is scarfed to full length and protected with an invisible wrap.

The rod has been gently cast since its “resurrection”. It throws a WF1F well, though a few folks thought it might handle a two weight. Restored, this little beauty weighs 1.8 ounces.

Any suggestions as to what I should ask for this rod? The bag and tube will be replacements.

Thanks for looking,
Harry 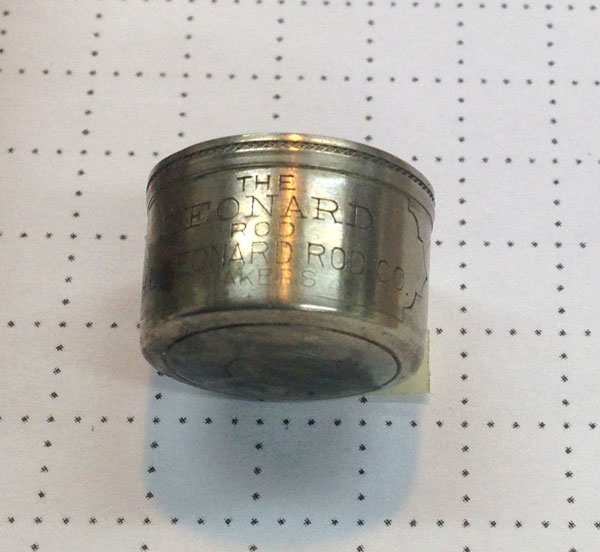 The ghost from the missing cork check is clearly visible.

Having the male ferrule station intact helped determine how to size the new ferrules. 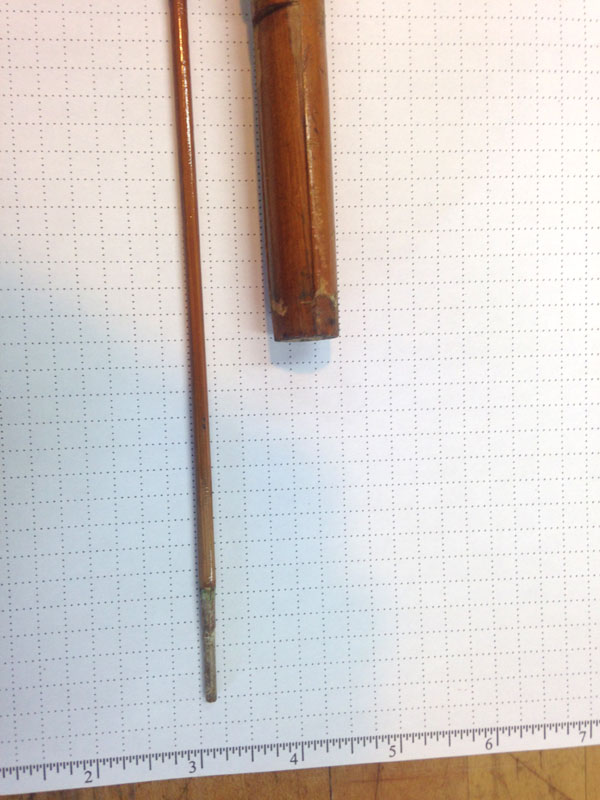 Can you tell how tiny that snake guide is? 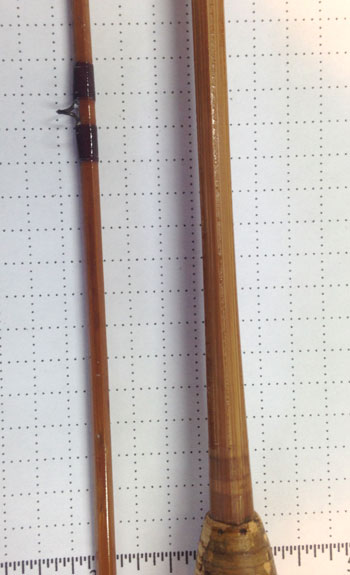 Replacement ferrules with a quarter for scale, before thinning the tabs, installing, and pinning. 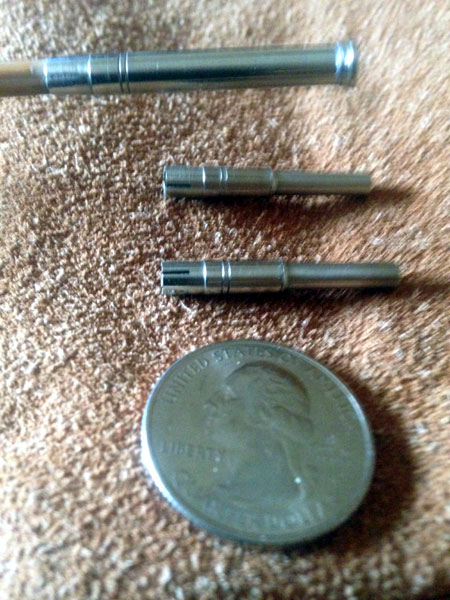 A view of the 1/0 snake used as a stripping guide and the wrap over the scarfed butt section.

Original restored butt and tip, and the replacement second tip. 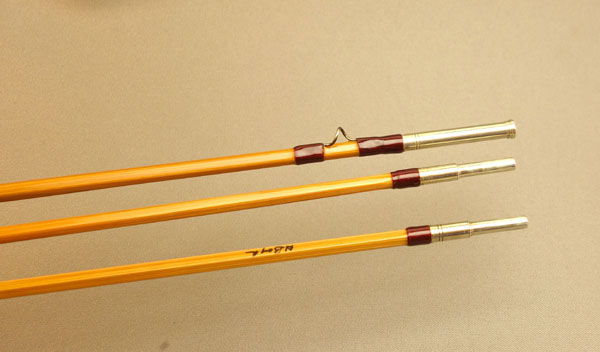 Replaced hook keeper. Interesting that there were no signature wraps on the originals. 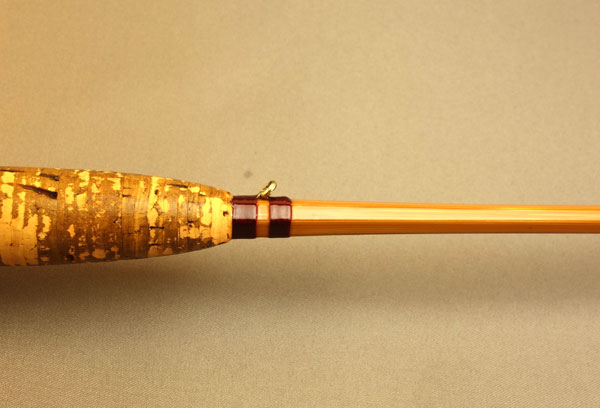